The medieval kitchen is a source of fascination for many people, especially if they love history and medieval recipes. Whenever I visit a medieval castle or donjon, if there’s a kitchen still relatively intact I can’t wait to see it! By comparison to a medieval Great Hall with its usual impressive architecture and fireplace, etc, a medieval kitchen does not seem particularly exciting. So what was its purpose?

Purpose Of A Medieval Kitchen

The medieval kitchen was at the heart of any castle with a daily mission to prepare and serve food in the best possible way, with the best possible ingredients. When it came to special celebrations, a medieval banquet menu was often the order of the day and the castle kitchen became an incredible hive of activity well in advance of the banquet itself.

Every aspect of the menu had to be planned with orders put in at exactly the right time for all the necessary ingredients. These might have included:

Key Ingredients For A Medieval Kitchen

Some of the most important ingredients used in a medieval kitchen came from what was grown locally and supplied fresh on the day. If a castle had a medieval garden of its own, then the range of ingredients was usually all the greater. Fresh fruit such as quince and blackberries made wonderful pies and jams and fresh vegetables and herbs were important for many meat, fish and poultry recipes. 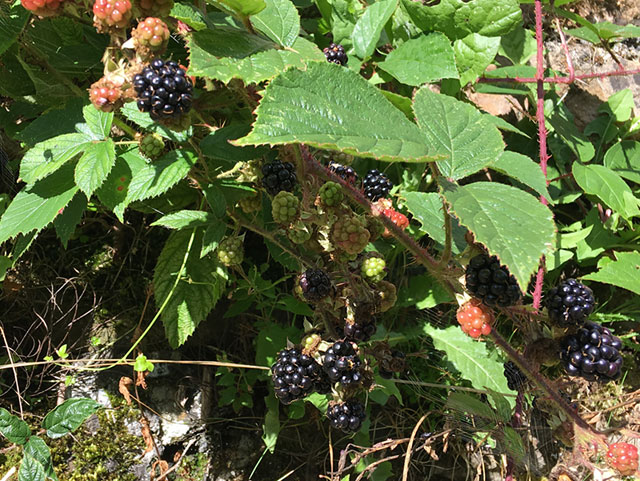 Even small castles had a kitchen and I filmed this short video clip of a small medieval kitchen at the castle of St. Mesmin in the Vendée, France. It gives you a sense of how basic food preparation was in medieval times, yet how efficient everything had to be. Every item in a medieval kitchen had a useful purpose.

The original castle was 13th century and visitors to the site today can see many examples of what it was like to live in a medieval fortress. There is a simple essence to this style of small castle kitchen and it offers a wonderful insight into what essential, basic cooking must have been like for medieval people. Certainly, it is one of the best little medieval kitchens I have seen to date.

When you watch the video look out for the cauldron which stands in the fireplace. It may not look much, but a cauldron was one of the most important items in a medieval kitchen and, what’s more, it was used for cooking all kinds of recipes. Two of the most common recipes that would have graced a medieval cauldron were recipes for making vegetable pottage and a meat stew.

I developed my own cabbage pottage and medieval beef stew recipes and since I first published them many years ago, they have become amongst the most popular on this website. To me this proves two things – that people’s basic tastes have not really changed over the centures and that it doesn’t mater whether you have a cauldron or not!