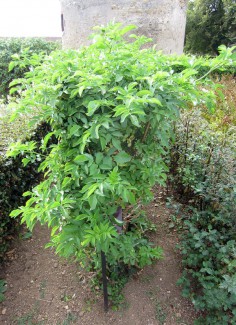 Elderberry growing in a garden in France

One of the best ways to get an idea of the kind of fruit that was grown in 11th-15th century Europe is to visit a medieval garden. There you will find orchards mixed in with areas dedicated to growing berry fruits. Essentially, the fruit most commonly grown and eaten by people did not offer as much variety as we enjoy today in the 21st century. This was primarily due to the restrictions presented by both climate and transportation issues – two factors which have changed radically over the centuries. Today we have fruit growers using modern cultivation methods (often indoors or under cover) and of course international shipping between countries is fast.

Fruit most commonly grown and eaten in medieval Europe included:

In southern European countries which enjoyed a warmer, sunnier climate they could grow a wider range which included: 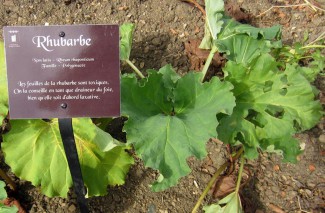 Grapes of course were used in wine making and provided some areas of southern Europe with a great source of wealth. The Duchy of Aquitaine in France is a great example. Its vast swathes of vineyards and fabulous medieval port of La Rochelle in the Charente-Maritime were the perfect combination for wine production and export.

How Fruit Was Eaten

So how was fruit eaten during this period of history? Well, it was enjoyed on its own fresh just as it is today but it was also preserved and dried and used to sweeten a lot of dishes that would otherwise have been bitter. Nobles and wealthy merchants could afford honey to sweeten their recipes but it was too expensive for the average peasant family, hence they took to using dried and preserved fruits.

In the noble households where wine was plentiful and where banquets were often staged to impress and entertain, fruits were sometimes poached or stewed and served in wine. Pears in red wine with spices is understood to go back to this time and probably graced man a noble lord’s table as a special dessert treat. Perys en composte is how the dish was referred to in medieval times. Click here to read more about the desserts they enjoyed.