Most of the vegetables of the medieval European era are still popular today. For some this is a surprising fact as people tend to think that everyday life and diet in the 11th-15th century was vastly different to what we know. After all, we are talking about what was commonly grown betweeen 600 and 900 years ago! Vegetable growing in medieval Europe included the following which are still popular today:

Of these the most common medieval vegetables were cabbage and leeks. Easy to grow, easy to cook they were used extensively to make the staple food of the medieval diet – pottage. Here is a cabbage pottage recipe you can try. A tasty and nourishing hot dish, you can sit and imagine you are in 12th century England as you eat it! 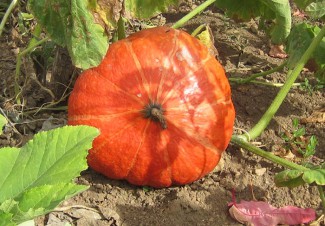 A 12th century garden did also contain other vegetables which you might never have heard of because they have sadly been long forgotten.

Why would that be? Well, one of the reasons is the introduction into Europe of the humble potato in the 16th century. People loved it so much in Europe that they started to grow it in favour of other vegetables.

Here are two of what I call the ‘forgotten’ medieval veggies:

The ingredients used to make a medieval salad were somewhat different to what you would expect to use today. Tomatoes would not have been on the list – like the potato, the tomato was native to South America and brought back to Europe by Spanish explorers and traders in the 16th century. Here are some of the ingredients  people used to make a salad:

Visit the salad recipes page here for more information and ideas. It would not be so surprising if this kind of colourful, aromatic dish came back into fashion one day!