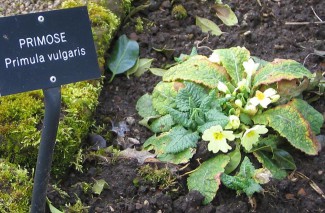 Many of the medieval flowers common to 12th century England are still grown in gardens today. Flowers have been deemed important for centuries, used not just for decoration but for both medicinal and culinary purposes as well.

It may be suprising to learn that many flowers actually found their way onto the dining table at banquets. They probably included the cowslip, daisy, foxglove, iris, Lady’s Mantle, lily, marigold and nasturtium. Some were even included as ingredients in spectacular culinary dishes to add both flavour and unusual colour whilst others were used as part of the table decorations. Overall, it is true to say that flowers were probably used to a greater extent as part of everyday medieval life than they are today.

In terms of cookery, flowers were especially popular in salads. Sweet violets, borage and primroses (right) were often added to salads to give extra flavour, colour and texture.

Here are some of the flowers grown in medieval times, though not all of them were used in cooking! 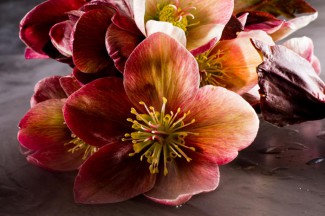 Daisy – seen in many medieval paintings where meadows were portrayed

Lily – a flower seen in many medieval paintings, especially ones with a religious theme 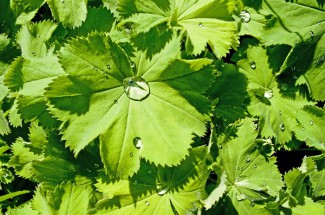 Marigold – used in dying wool to give a golden colour

Primrose – used in medieval salads but also for church decoration, especially in the month of May each year

Wild Strawberry – a great addition to salads but it was also eaten in its own right, sometimes with a thick rich cream. The modern day tradition of English strawberries and cream could well have its roots further back than most people think!

Many flowers were added to medieval food dishes. The primrose, nasturium and sweet violet are examples and the knowledge of which flowers were safe for human consumption was passed down from generation to generation. To check which flowers you can add to food or drink visit Wikipedia’s Edible Flowers page which has a list of common edible flowers. With some flowers the leaves are the best part, with others it’s the flower itself. The primrose is a good example of where both the flower and leaves have a tradition of being use in food and drink.