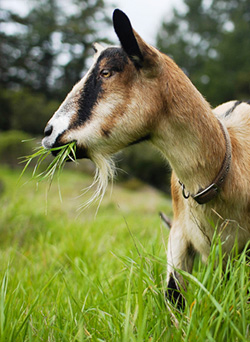 Medieval milk …. now there’s a thought! This is a drink/food often overlooked when reading about life in 12th century England. Milk drunk at that time came from cows, goats and sheep. It was an important source of animal protein for many people who could not afford meat. Plain fresh milk was not widely available. Nor was it consumed by adults in general. It was reserved for the sick and very poor and most often for the very young or elderly. Instead, most peasants would drink buttermilk or whey or milk that was soured or diluted with water. The lack of fresh milk was mainly because there was no technology such as we have today to keep it from going sour. On occasion it was used in upper-class kitchens in stews, but due to the problem of keeping it fresh, almond milk was a common substitute.

Most peasants kept a cow. As explained above, most did not generally drink the cow’s milk but used it to make their own curds and whey, butter, cheese and buttermilk. A common diet for workers in the fields was bread with hard skim-milk cheese.

Wealthy landowners sometimes had it turned into other things to use in their kitchens such as cream, soft cheese and curds. 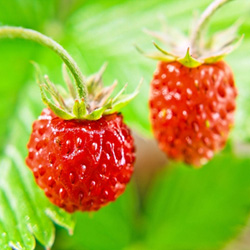 Enjoying cream as part of a dessert is not a modern concept. Wealthy medieval people were known to enjoy thick rich cream with strawberries. Strawberries and cream … in medieval times? Yes!

Milk made thick cream and the woodland strawberry grew in England as far back as the 14th century. Read more about the humble strawberry and its amazing history.

The richest, softest cream was sometimes used to make a type of cheesecake – again the type of dish enjoyed only by the wealthy classes as a special dessert possibly for special occasions. Yes, there really was such as thing as medieval cheesecake!


You can read here how milk and cream were used in other ways, particularly in medieval dessert recipes. The idea of people enjoying desserts in medieval times might not be an obvious one but they loved their desserts then every bit as much as we do today.