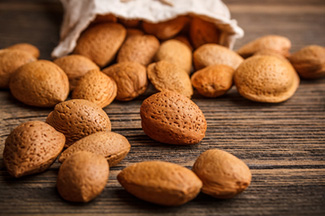 The daily staple for just about everyone in medieval times was pottage. Essentially it was a broth in which meat and/or vegetables were boiled, then chopped meat, herbs and pulses added. In other words, soup stew very similar to what we know today as Scotch Broth.

Pottage was either thick or thin depending upon the ingredients available. Frumenty and morrews were types of thick pottage eaten mainly by wealthy people.

Peasants, by contrast, generally ate thin pottage which was runny, less filling and less nutritious. Recipes for frumenty and morrews commonly called for sugar, saffron, almonds, currants and eggs. For common people it might as well have called for gold coins. Richer ingredients for rich people. 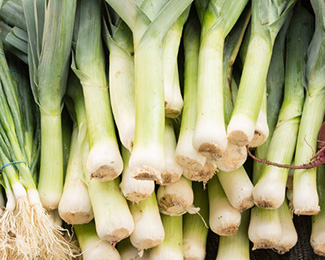 Vegetables such as leeks were common ingredients

The most common type in medieval England was made with vegetables. Generally it was made from vegetables that were easy to grow such as cabbage, leeks, onions and garlic. Often an extra flavour was adding with a few herbs or ground nuts and, if available, carrots and turnips.

There weren’t really many recipes for this at the time because it was really simple food prepared in a simple way with whatever ingredients were available. However, over the years people have documented those that have been handed down by word of mouth.

Here is an easy recipe you can try: delicious cabbage pottage. My family enjoys this on a regular basis.


Today’s modern soups can find their origins in 12th century England. Indeed, not only is the method of soup making and its main ingredients virtually the same now as it was then, but there is a ‘status’ attached to modern soup in just the same way as in medieval times. The more expensive or exotic the ingredients, the more exclusive the dish. This is exemplified in many top restaurants today where specially made soups with unusual or exotic ingredients command a high price.

Visit our pottage recipes page for more on this, the most fundamental of medieval foods.