People have made oatcakes for many centuries. Regarded by many as an important staple food, oatcakes are primarily synonomous with Scotland. However, this is not just since medieval times but actually from much further back in history. Apparently, there is documented evidence of the people of Scotland eating oatcakes for almost the last 2,000 years. That’s since Rome’s occupation of Britain!

People eating oatcakes in the medieval era is referenced in a variety of documents. Some historians believe that back in the 14th century, soldiers from Scotland actually carried their own little sack of oatmeal and metal plate. This meant they could readily make their own oatcakes to fend off hunger and it also enabled them to keep up their energy. The oatcakes recipe they used was another thing they carried – in their heads!

By the 14th century, oatcakes had widened their appeal and were on the menu in other parts of Europe. Documentary evidence in support of this principally comes from Jean Le Bel. He was a canon and chronicler in the mid 14th century. In one of his writings, Le Bel refers to Beguine nuns eating  ‘little pancakes rather like communion wafers’. This Beguine religious order was prevalent in the Low Countries of Europe at the time (Netherlands, Belgium, Luxembourg, French Flanders).


Coincidentally, Le Bel had an interesting connection with Scotland which could have meant that he was familiar with Scottish oatcakes. Le Bel and his brother actually took part in the border warfare against Scotland in 1327!

The influence of the Scottish oatcake has spread far and wide. Today you can find recipes for oatcakes which stem from different parts of Britain and Ireland. There are Staffordshire oatcakes, Derbyshire oatcakes and many more!

However, the traditional Scottish oatcake remains a firm favourite with many people. It is especially popular at breakfast. Her Majesty Queen Elizabeth II is reported to enjoy perusing the morning papers whilst eating wholemeal toast, oatcakes and English orange marmalade.

What’s more, these foods are always on the list of essentials for her breakfast whenever she travels! You can read more about the Queen’s favourite foods on this BBC report. Entitled ‘Right Royal Requirements‘ and published back in October 2000, it is a fascinating read.

In Scotland, there is even an annual event that seeks to find the World Oatcake Eating Champion! This report tells the story of the 2018 Champion.

Many food scientists today agree that oats are very beneficial to human health. In particular, oats can help lower cholesterol and aid digestion. This is one of the reasons why so many people now eat oat-based breakfast cereals such as oat granola.

If you would like to have a go at making your own, there are quite a few different oatcakes recipes around. Which recipe you choose will depend upon the ingredients and spices (if any) you want to use for the flavouring. That’s the beauty of homemade food – you can take a basic recipe and vary the taste and even the texture.

My oatcakes recipe below has an added ingredient of cinammon. This was a spice popular in medieval times. I have a page dedicated to the subject of medieval spices if you are interested in learning more. It explains about the most popular spices and how people used them in cooking during that era. 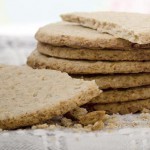 Oatcakes Recipe
This is a medieval style recipe for making oatcakes. An easy, quick-fix recipe with a spicy taste which comes from the added cinnamon. Back in medieval times oatcakes were often made using yeast or ale barm.
Ingredients
Servings: people
Units:
Instructions
Recipe Notes