People have made oatcakes for many centuries. Regarded by many as an important staple food, oatcakes are primarily synonomous with Scotland. However, this is not just since medieval times but actually from much further back in history. Apparently, there is documented evidence of the people of Scotland eating oatcakes for almost the last 2,000 … END_OF_DOCUMENT_TOKEN_TO_BE_REPLACED 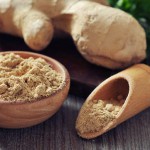 So what is medieval gingerbread? When it comes to 12th century European history, people do not generally think of gingerbread as a food option but it often was, at least for the rich. Medieval spices were expensive in 11th century Europe because they had to be imported from Asia or Africa. So, only wealthy households could afford to enjoy them. … END_OF_DOCUMENT_TOKEN_TO_BE_REPLACED 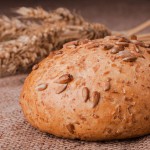 If you want to bake a medieval style bread then this barley bread recipe might be just what you are looking for. Modern day bakers tend to use little barley in their baking. They choose wheat more than any other cereal. However, in recent years, bread makers have become more adventurous offering options of rye or multi-grain and seeded bread. If … END_OF_DOCUMENT_TOKEN_TO_BE_REPLACED