To think that medieval food might have any connection to the RMS Titanic might initially sound strange. However, on 21 April 2018 a unique item of Titanic memorabilia is to be auctioned – an original menu of the very first meal served to the ship’s crew during its sea trials on 2 April 1912. It belonged to Second Officer Charles Lightoller who, having eaten that very meal, sent it to his wife before the ship officially set sail on her maiden voyage on 10 April 1912. 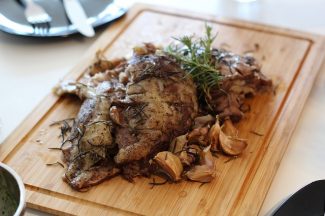 What is most striking about this menu is how it reflects its time and place in history.

The dishes are very much Edwardian English with some still eaten in many British households today – eg. a starter of cream of chicken soup, main course of roast lamb with mint sauce and vegetables (peas, cauliflower, potatoes) and peaches for dessert.

However, there are a few items on the menu which might leave a few people scratching their heads.


The one that caught my eye was ‘Golden Plover on toast‘. I have never seen golden plover on toast on a modern day menu and my mother and grandmothers never served it. So what is it?

Plover is a bird, but not one that can be reared domestically. It is a wild, wading bird with many different varieties and is common to most countries of the world. The polar regions and Sahara dessert are probably the only two regions where you might not find some type of plover!

What Is Golden Plover?

The Golden Plover is generally found on farmland and coastal flats in the winter and upland moorland areas in late spring and summer. There are different varieties of Golden Plover. In Britain, the European Golden Plover inhabits the island’s coastal and moorland areas. It is not surprising to discover, therefore, that British people have been hunting, catching and roasting Golden plover (as well as other types of plover) for centuries. 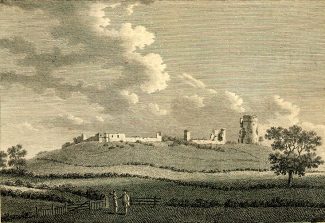 Back in medieval England, plover was most definitely on the menu, although not necessarily for the average family. It was a bird that soldiers and aristocrats would catch on their hunting trips, particularly if they were close to the coast.

This has been proven by discoveries of plover bones in two archeological digs at known medieval sites in Essex. One at Hadleigh Castle which housed a late-medieval garrison and one at Writtle where there was once a medieval, royal hunting lodge.

Essex has its own area of coastline and wading birds have been a common feature of its landscape for a very long time.

Why Golden Plover For Titanic’s Crew?

I searched for an answer to this question but could not find one. However, I have a theory. To my mind, the most logical assumption is because of the bird’s connection to the sea. In serving food for the ship’s crew, perhaps the Titanic’s chef thought the menu should have a dish with a sea connection. After all, this was no ordinary ship and no ordinary crew.

I searched various archives for evidence of ship’s crews eating curlew and found this great extract from a 19th century journal written by Mary Chipman Lawrence who in 1856 went on a 3 1/2 year whaling voyage to the Pacific with her husband Captain Samuel Lawrence and their 5 year old daughter Minnie:

“Off the Mexican coast of Baja California – Our boats today got a nice lot of fish and a heap of birds – snipe, curlew and plover“.

Clearly when large ships anchored off a coast, the crew knew they could not only catch fish but also birds and plover was clearly a common one that found its way onto the crew’s menu.

If my theory is correct about why Golden Plover was on the Titanic crew’s menu, then credit must go to the ship’s chef who wanted to honour his fellow crew members and produced what is surely a unique menu, in more ways than one.