A recipe for medieval ice cream – really? Well, first of all let’s imagine that we can travel back in time. It is the year 1155 and Henry II has just completed his first full year as King of England. He is in London with his wife and young family for Christmas, staying at the newly restored Westminster Royal Palace. The king wishes to host a glorious banquet at which his wife, Queen Eleanor (Eleanor of Aquitaine), will be present. Their two sons, William (age 3) and Henry (less than a year old) are tucked up in bed. Eleanor is pregnant with their third child. 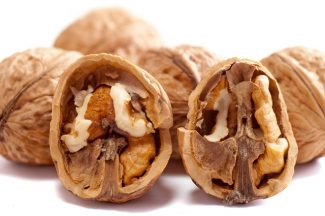 Like most pregnant women, it is very likely that Eleanor developed certain food cravings. In our scenario the Queen has a penchant for sweet and nutty food (we know Eleanor loved walnuts). So, Henry has given instructions that a special dessert must be served at the banquet. He wishes to please the Queen. So the pressure is on the royal chef to outdo whatever has gone before.

This is where we come in with our time machine and a little something extra we have brought from the 21st century!We hand over an electric cream maker to the royal chef who, finding a supply of electricity in his kitchen, looks at us in bewilderment! Nevertheless, he trusts that this magical experience is just part of an exciting new era in English history.

Firstly, we give the chef a list of ingredients which we know were available in a 12th century royal kitchen:

*Cream was made in most kitchens of medieval rich and royal households. Milk was a staple for making cream soup and a nice hot drink (caudle or posset as it was known). However, a top medieval kitchen would often use milk to make a rich, thick cream to make a type of cheesecake.

Then, we give our bewildered medieval chef a set of step-by-step instructions from the recipe set out below. 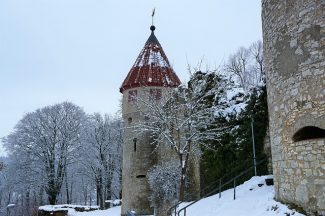 Note: In today’s world we use a refrigerator for chilling the custard (minimum of 3 hours) but in medieval England of course this was not possible.

However, because our medieval ice cream scenario is set in the English winter of 1155, the chef did have another option. Freshly fallen snow outside the castle kitchen door!

So, a royal medieval chef could theoretically chill a pot of ice cream mixture on his doorstep! eg. in a wooden box (with lid) strategically placed in the snow. What’s more, it would be within easy reach, so he could check on its progress.

Now to the ice cream recipe itself – a nutty medieval ice cream fit for a Queen! Served here in an antique ‘penny glass’ ice cream dish, the closest I could get to the medieval era! Set amongst colourful flowers and with a topping of fresh walnut halves, this ice cream would hopefully have pleased the eye of a remarkable Queen. At least, I’d like to think so 🙂 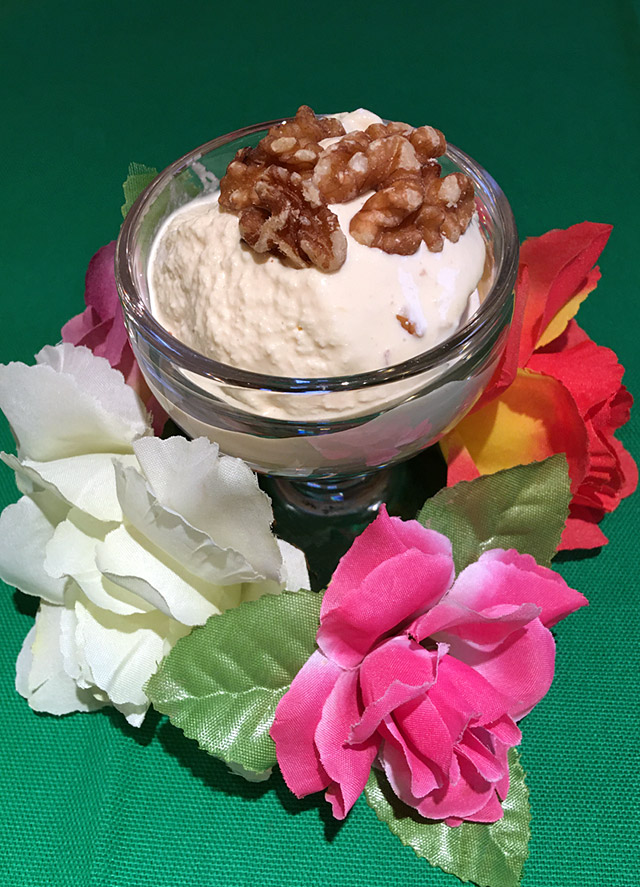 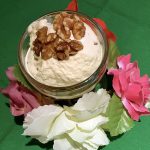 Medieval Ice Cream
An ice cream recipe with a lovely medieval twist! A rich and creamy ice cream using ingredients common in medieval England: almond milk for the custard base, honey and walnuts. I make a lot of homemade ice cream so I knew what I could substitute and make it work. The key ingredients? Homemade almond milk instead of cow's milk and honey instead of refined sugar.
Ingredients
Servings:
Units:
Instructions
Make The Ice Cream Custard Base
Prepare The Walnuts
Complete The Ice Cream Making Process
Recipe Notes

TEXTURE: The ice cream in this recipe has quite a flaky texture. This comes from the ground almonds in the homemade almond milk. If you prefer a smoother ice cream, you could use a commercially produced almond milk.

TOPPINGS: Walnut halves are a perfect topping for this ice cream. Of course, had chocolate been around in Eleanor of Aquitaine's time, the drizzling of a hot chocolate sauce on top would have added a glorious finishing touch. However, it was to be another 400 years before anyone in Europe might encounter such a wonderful taste experience!

VARIATIONS: Adding a teaspoon of vanilla extract to the ice cream mixture before it goes into the machine produces a luxuriant, 21st century taste. Making ice cream is a passion of mine and I have published some unusual ice cream recipes for anyone who is interested. From rhubarb and custard ice cream to sloe gin sorbet and more!