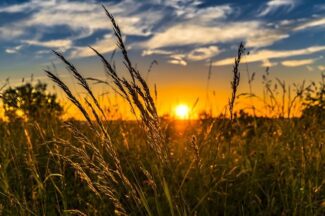 Medieval bread has been a source of fascination for me ever since I became interested in medieval recipes. Moreover, I’ve often wondered what the life of a medieval baker was like. Did they sometimes walk admiringly past a wheatfield at sunset and think ahead to when the freshly harvested grain might be ready for milling? After all, bread was THE staple of the medieval food diet and without it, many would have starved.

Baking dates back thousands of years, so a medieval baker enjoyed a profession that was well established. The method of baking bread using a heated, enclosed oven is thought to have started with the Ancient Greeks who used enclosed ovens with a wood burning heating process. Moreover, it’s believed they developed hundreds of bread recipes! The Romans developed bread making on a mass production scale, although many families baked their own bread at home and many rich families even had their own baker. 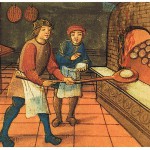 A baker in medieval England was often a member of a guild system, such was the importance of the profession. In fact, a fraternity of bakers is known to have existed in London in 1155.

By the mid 13th century all bakers were strictly regulated by the King’s law which stipulated enforceable controls of weights, measures, quality and prices. The same law applied to the production of ale and you can read more about King Henry III’s Assize Of Bread & Ale on my medieval bread page.

Grain Choices For A Medieval Baker

Unlike bread bakers of today, a medieval baker had a more limited choice of the type of grain available for milling and baking. Today, we can buy just about any type of flour or bread, irrespective of where we live but in medieval England it was quite different! The climate and soil had a huge bearing on which crops grew best in any area and hence the type of medieval bread that bakers were able to make. In England a medieval baker would generally have worked with 3 types of grain. So, the bread recipes they developed reflected this. 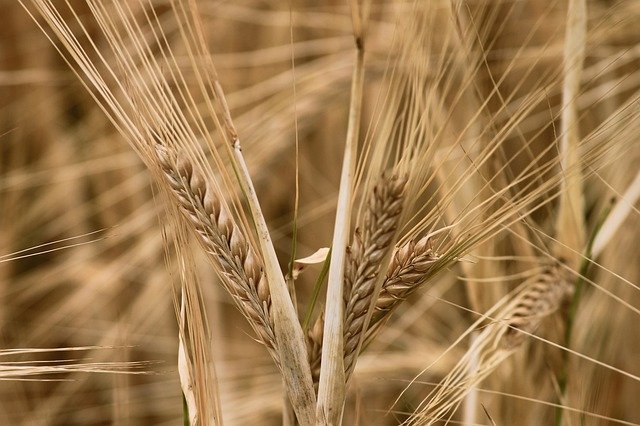 Barley is a good, old English crop that likes wet and cold weather and tolerates a generic type of soil. Even so, there were many poor harvests in medieval times in England due to inconsistent or extreme weather. Try some medieval bread baking yourself with this barley bread recipe.

Wheat is a crop that requires soil of a high grade in order to flourish. Hence it was found mainly on the land of wealthy landowners. Also, they loved the pure white bread it made. 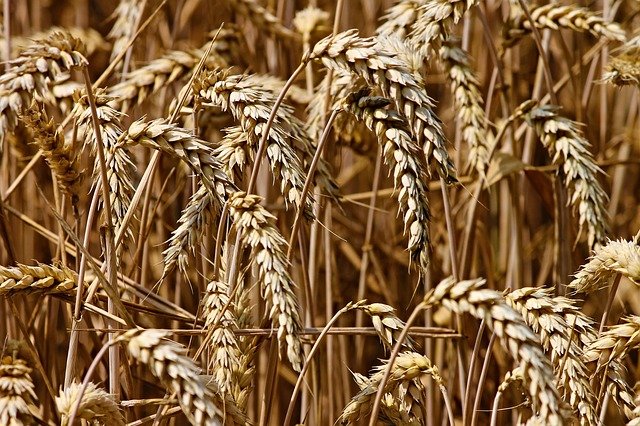 Rye is a crop that makes a much darker flour and darker bread. Favoured by medieval bakers for baking bread for the common people. The old song “Sing a song o’ sixpence, a pocketful of rye” is an obvious indicator of how rye was a vital part of everyday life for people centuries ago. 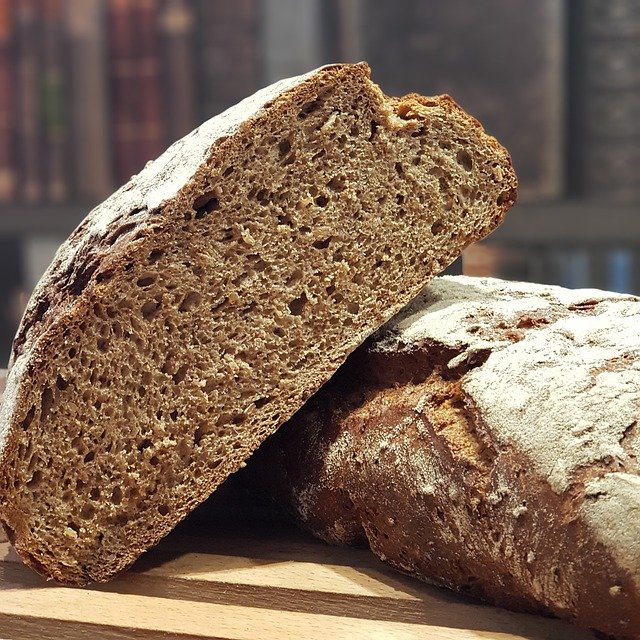 A Busy Summer For The Medieval Bakers Of Southampton & Winchester 1415

It wasn’t just the average family or lord of the manor for whom bread was an important staple food. Medieval armies presented quite a challenge when it came to feeding them!

By May 1415 King Henry V of England was committed to assembling an army for the invasion of France. Soldiers arrived in their thousands at various points on the south coast of England in readiness for sailing acro the English Channel. Southampton was a major mustering point and so on 27 May 1415, by order of King Henry V himself, a proclamation was made in Southampton (and also Winchester) for bread to be baked in anticipation of the arrival of the his army. Not only that, but on 24 July 1415 the sheriff of Hampshire issued a proclamation that everyone involved in the expedition to France had to take with them food and provisions for at least 3 months. *

The medieval bakers of Hampshire had their work cut out that summer!

* information source: the agincourt600.com website and this page, the primary resource of which is credited as the book “Agincourt: A New History” by Professor Anne Curry BA, MA, PhD, FRHistS, FSA, FHA. Professor Curry is a world leading authority and foremost researcher on the Battle of Agincourt.

I have personally visited the battlefield near Azincourt in France and here is a video clip from my trip in 2013.